It was a wonderful plan: to climb the Gurla Mandhata in Western Tibet together with a small team of four. This is a seldom climbed mountain giant in Western Tibet, by far the highest peak in the region. The mountain is located near Mount Kailash, considered by a number of religions to be very sacred and as being the origin of life. The expedition’s motto was ‘Less is More’.
The expedition started from Kathmandu (Nepal). After final organisational preparations and a short hike we would drive to Tibet by Jeep. However, we never got that far due to the devastating local earthquake (7.9 on the Richter scale) of 25th april 2015.

The great adventure of this expedition would relate to its associated unfamiliarity and small scale: the top of the Gurla had been reached only nine times in history, the last times being in 2006 and in 2011. Therefore, there was little written information available about the climb, and certainly no recent information about related glacier conditions. Although we received great help by Stefan Fritsche (Austria, till 6400 m in 2013), Andreas Sippel (Germany, summit 2006), Yves Raymaekers (Belgium, summit 2005)

We would be the only team on the mountain, so there should be no relying on anyone and we were to do everything ourselves. Our team would be small and flexible: a climbing team of four supported by one cook.

We expected very heavy conditions; the Gurla Mandhata’s isolated location causes it to have its own weather system with increased risks of high altitude storms. Its base camp is located at 5650 metres which is very high, and hardly allows for physical recovery to occur. All in all, it was an enormous challenge in every context.

On 20 April 2015, we flew to Kathmandu and stayed there for a few more days for final organisational preparations. On 24 April, Henk and I left direction Helambu on a trip to 4600 metres for acclimation, in preparation for the expected altitude. The next day, at lunchtime, we had an unusual and brief storm. A fraction later it felt like a steam train came thundering through the earth and everything started to shake, a bizarre and shocking experience. The lodge partially collapsed but fortunately no one was seriously injured.

Then – on the way back to Kathmandu – we saw that practically all of the houses in the area had been completely destroyed. There were constant aftershocks, up to 7.0 on the Richter scale the next day. We must have had our own personal angel on our shoulders…

The expedition was cancelled on 28 April. Firstly, it was impossible to enter Tibet (the Arniko Highway and the border crossing at Kodari were destroyed) and Tibet withdrew all the climbing permits due to their natural disaster. Furthermore, conditions were not at all conducive to being able to focus on a mountain climb. Our team was also personally affected: the house of our teammate Ngima Geljen from the Everest area had also collapsed. In short: we faced a no-go situation in every respect.  We changed priorities and we launched a donation-action project from Nepal to assist Nepal. We returned to the Netherlands on 7 May.

To date, more than € 80,000 has been raised to fully support emergency aid and reconstruction (situation summer 2018). We supported a refugee camp in Kathmandu for residents from the hard hit Langtang Valley, orphans from Langtang, and reconstruction in the Solo region. Most of the money, however, has gone to rebuilding a school in Kakani (Helambu area) and the reconstruction of a medical post in Basa (Solo area). At the moment we are supporting some Nepalese families with the reconstruction of their houses. Actual info can be found by the foundation Stichting Topaspiraties in the blog (sorry, only in Dutch). Some English posts are on the News page of this website. 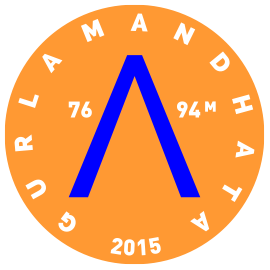