Team: Henk Wesselius + Katja Staartjes, accompanied by Chhiree Sherpa during a big part of the trek. During some days support of a local porter.
Trekking: by foot from the North-West triple border point to the North-East triple border point through the Nepalese Himalayas. Completing the Upper Great Himalaya Trail (1,700 km in literature, in reality roughly 1,600 km) + 400 kilometres extra in the Far West (up and down triple border point, then by district Bajhang to Humla, from where we followed the Upper GHT/High Route). We crossed 22 passes above 5,000 metres, among the 5 technical glacierpasses (Tilman, Tashi Labtsa, Amphu Labtsa, West Col and East Col).
Stage 1 – 2011: from Darchula to NW triple border point (Tinkar La at 5,258 m), the start of the Traverse to the east. The end-point of the first stage was Jomsom;
Stage 2a – 2012: Jomsom → Syabru;
Stage 2b – 2012: Syabru → Hongon (Tumlingtar);
Stage 3 – 2013: Hongon → East of Kanchenjunga base camp → Taplejung.
Complete report/blog & photos (in Dutch): www.greathimalayatrail.nl
Or browse through the Dutch (photo) book: Lopen over de grens – Great Himalaya Trail door Nepal
Interested to buy the book? See this link by our Publisher Lecturis

A new dream was born

The idea for the Nepal Traverse arose in December 2008, when Katja and Henk were walking in the southern parth of Holland, at only Dutch triple border point with Belgium and Germany.
Katja: “We were suddenly reminded of Nepal and how the country has actually got two triple-border points with the same two neighbours: India and China. Without knowing the elevation of these border points, we came up with the idea for a new expedition: a mega-trek on foot through between those two points. A new dream was born!

When we started with our plan, we did not know anything about the existence of the Great Himalaya Trail. We just had our plan connecting the 2 triple border points by foot, following the border of Nepal-Tibet from west to east through the Himalayas, as northerly as possible with our own backpacks.
In the months following, I was not able to find more information about the Far West of Nepal being in the Netherlands. So finally I set off to Kathmandu for one week in June 2010, just to find out more about what was possible. That turned out to be successful: at the Ministry of Tourism in Kathmandu, with our friend Ngima Dorji Sherpa, I heard for the first time about the Great Himalaya Trail. It turned out to be for 90% the same trek as we had in mind, how incredible! In Kathmandu I met Robin Boustead, the founder of the GHT. A great inspiration and very useful. We learnt that there was defined a Lower Trail/GHT Cultural Route  and a Upper Trail/GHT High Route (more alpine with glacier passes where you need rope and Climbing skills). So we decided to follow the whole Upper Great Himalaya Trail / GHT High Route.

Three months after my preps in Kathmandu (September 2010), my husband Henk and I set off with Chhiree Sherpa, with the aim to complete the whole trail in 2 stages. But… already after two weeks the journey came to an end. Henk had a fall, breaking his collarbone. A little accident, during all our high climbs we had never had to break off our expeditions;))
Finally we restarted in April 2011 and in the end completed the whole Traverse in four stages. During three stages (1, 2B and 3) we were accompanied by Chhiree Sherpa (Mera Solo) from Best Nepal Trekking. The Far West, Dolpo, Makalu and Kanchenjunga were also new for him, but his knowledge about the Nepalese culture and in the contacts with local people, he was indispensable. Chhiree became very close friend to us.

When we started in 2010, no information was available about the ultimate Far West (the extra part in Darchula/Bajhang). For info about the Upper GHT we had a lot of e-mail contact with Robin Boustead. We can not thank him enough for all the information he sent us, as his GHT guidebook and the maps were not yet published at that moment.
The whole trip turned out to be a huge adventure, and mainly the first – Far Western – part: it is totally unexplored territory! We visited places where the people had never before met western tourists, a very special experience! In the habited areas we stayed overnight with local people as much as possible; a unique experience. The hospitality and kindness of the Nepalese is overwhelming.”
N.B. In the meantime there is more info about the Upper GHT. But, this trekking must be take very seriously!  Large parts go through the wilderness where there is no path, or you finds yourself in the midst of dozens of animal paths. Additionally you need mountaineering experience and equipment (ropes, snow anchors, ice screws etc.) for the following passes: Tilman Pass (5310 m, Langtang), Tashi Labtsa (5755 m, Rolwaling), and in the Everest region for Amphu Labtsa (5845 m) West Col (6140 m) and East Col (6180 m). The high passes in Dolpo (particularly Yala La and Nyingma Gyanzen La) and the stretch in the far east (Makalu BC to Chyamtang and the passes Lumbha Sambha & Nango La) are also serious challenges. 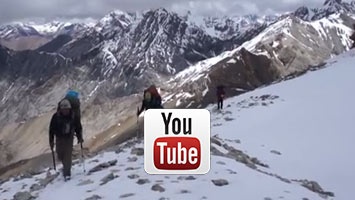 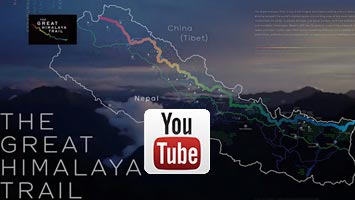 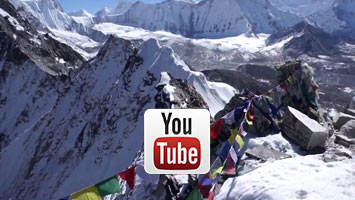 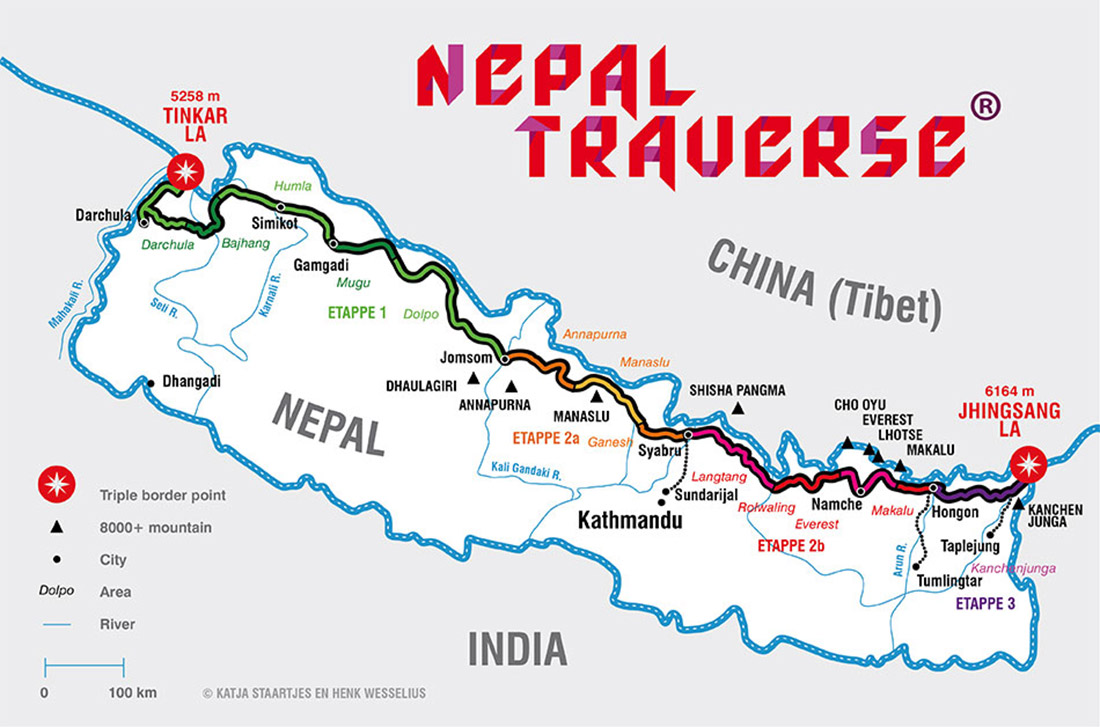 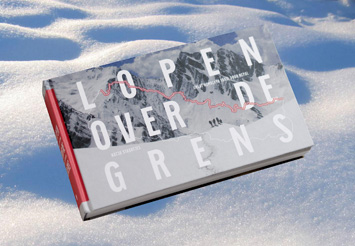