´No top
without running
into risks´

What is success? Is it reaching the top? And what is the top; does everyone envisage the same top as their goal? And how important is it to reach this goal together as a team? The session ‘Peak Performance’ covers these issues. Mountaineer and adventurer Katja Staartjes uses breathtaking images to take you to the Himalayas, to the mountain Manaslu (8,163 m).

The run-up to this was very exciting: the original aim was Shisha Pangma, an 8021 m mountain in Tibet, but political turmoil threw a spanner in the works. Just before departure, the country closed its borders; the plan was changed to the ‘eight thousand m peak’ Manaslu in Nepal. This demanded a psychological mind shift of 180 degrees for the Dutch team of five. Eventually the team reached the 400 metres point below the summit. One half year later, a second attempt was made. Their highest possible point turned out to be 99.7%; the secondary peak at 8140 metres. Only 23 meters below the actual top … In short, no gold medal….. Or was there?

This presentation covers how to handle risks and about team spirit; about dealing with disappointments and about how to surpass yourself. It is also about integrity; a story about personal leadership.

How do you push yourself to the limit and how far do you want to go? The importance of resilience, a positive attitude and professionality.

How will the team spirit be influenced when you face setbacks? And when you are not – or only 95% – successful in reaching your goal? How can you – in these challenging circumstances – still cooperate well?

When facing setbacks, it becomes clear how motivated everyone within the team is; how passionated you really are. And how important is integrity?

The presentation lasts between 45 minutes and two hours, depending the objectives of the event and the size of the group. Katja Staartjes is looking forward to get in touch with you, to talk what fits best to your purpose. The impact of her presentation is partly dependent on the photographic material. So it should be favourable, when there is a large screen and the room can be darkened to some extent. She can also bring her own screen of 3 metres wide.

Katja: “My goal is to present an inspiring story that stimulates reflection and gets things moving. I want to have an impact on my audience. Do you want to achieve something more than simply inspiring your team? Then I can incorporate more interaction and discussions in my presentation. Longer sessions, with focusing on certain issues and people working in dyads or small groups are also possible. I will function then as a process leader.” 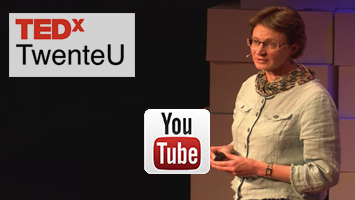 about Peak Performance &
reaching your goals 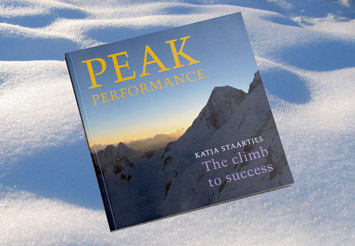 BACK TO MOTIVATIONAL SPEAKER
‘Top performance! She is able to give her public the impression that they are facing the challenge of climbing the mountain themselves. This fact in combination with recognisable metaphores ensured that Katja literally and figuratively achieved a top presentation.’
Aafko Bergenhenegouwen, CEO Telengy VROM
‘Katja Staartjes spoke at our global Senior Management Conference. She took us on an imaginary journey. Along the way to the top, we learned about topics such as teamwork, leadership, confidence, coping with disappointments, etc. I can wholeheartedly recommend Katja’s story’.
‘
Sjoerd van Wanrooij, head of Human Resources, BAM PPP
‘We received an enormous number of positive reactions to our symposium. Katja’s story was cited as being fascinating and groundbreaking. The fact that the road to success makes high demands was made quite clear based on her mountaineering experiences on the highest of mountain peaks.’