A PASSION FOR MOUNTAINS

INSPIRED BY THE MOUNTAINS

Katja Staartjes is one of the most successful mountaineers in the Netherlands. She has climbed a number of peaks higher than 8,000 metres and was the first Dutch woman to climb Mount Everest (8,848 m). Together with her husband Henk Wesselius, they were the first Dutch mountaineers to climb Gasherbrum 1 (8068 m) and the fore-summit of Manaslu (8130 m). In 2013 they completed the full Great Himalaya Trail of 1650 kilometres through the Nepalese Himalayas, + 350 km extra through the FarWest. Katja Staartjes inspires organisations as a keynote speaker with her powerful experiences and photos. She draws clear parallels between mountain-climbing and familiar – often equally challenging – issues from daily life. Katja has fulfilled different senior management roles and currently works as a coach for leaders and teams. She is the author of four books, one of them has been translated into English under the title Peak Performance.
In june 2015, after the devastating earthquake in Nepal, Katja has been nominated as Goodwill Ambassador by the Nepalese government, together with 16 other international mountaineers, like Reinhold Messner, Jamling Tenzing, Peter Hillary, Ralf Dujmovits and Edurne Pasaban, to stimulate tourism in the country and helping to rebuild the country.
Katja is involved as a volunteer in helping the country to develop by the Dutch foundation Stichting Topaspiraties.

Katja: “It was by happy accident that I discovered that my passion lies in the mountains. I like the majesty of nature in the mountains, the physical activity and having a clear goal. In the silence of the peaks I get perspective on the hectic of daily life; reflecting on and clarifying what is really important to me. And it’s a unique experience to see what a strong bond develops with your teammates. You’re dependent on each other, living together in often very demanding circumstances. That takes close cooperation, and is very motivational.”
In 1994 Katja went for the first time to the Himalayas, in 1998 she participated in a Dutch expedition to Cho Oyu (8,201 m). Her climb of Mount Everest followed in 1999. These adventures provided Katja the experience to be able to undertake expeditions independently. Her regular expedition partner is her husband, Henk Wesselius. Their last project has been an expedition to Gurla Mandhata, which has been stopped abrupt because of the devastating earthquake in Nepal. 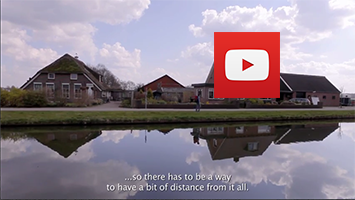 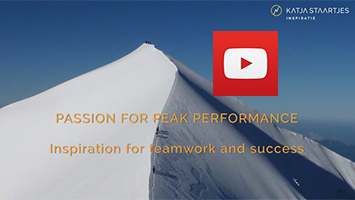 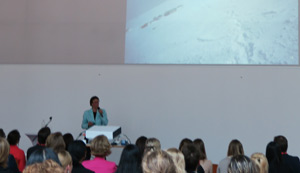 The presentations given by Katja Staartjes are strongly impactful: she takes you with her to the top, illustrating the journey with breathtaking images. Each expedition provides an excellent metaphor for everyday situations. Because of her extensive management skills, Katja is able to to combine world of climbing seamlessly with the themes like team spirit, trust, resilience or change management. 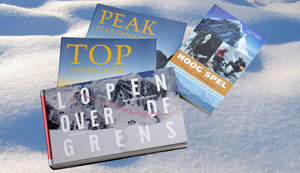 Peak Performance is the English translation of Top-inspiratie. In 50 themes (text + photo) Katja inspires readers to transform their dreams to concrete goals and go out to reach them. Her other books books are only available in Dutch: Topteams – samen bergen verzetten (Topteams – moving mountains together, a management book),  Lopen over de grens (about her Great Himalaya Trail adventure) + Hoog spel (High Stakes). 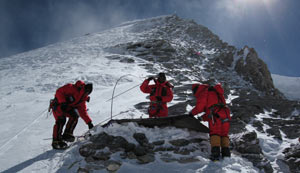 During the last years Katja Staartjes works more and more in the field of tailor-made team sessions and personal coaching. She has decided recently to concentrate more on these activities. Katja: “My experiences in the mountains and in management positions I can share not only in my work as a speaker and writer, but also as a trainer and coach. This is about helping teams and individuals to grow.”

Katja Staartjes studied food technology at the Agricultural University of Wageningen and was in that period of the Dutch athletics team. Following her studies she worked for ten years in management positions in both business and the non-profit sector. In 1998 Katja resigned from her full-time work in order to dedicate herself completely to mountaineering for a time, and discover what she wanted to do with her passion for the mountains. Since 2000 Katja runs her own business: Katja Staartjes Inspiratie. Besides offering inspiring  presentations for various kinds of business events, she carried out various interim-management projects. Nowadays she works more and more as a trainer and coach in the field of personal leadership and teamwork.

The central focus of all her activities for Katja Staartjes is inspiring people. She gets people thinking. What is really important to me or to us? Am I or are we focusing on the right things? Do we share a common goal? How can we be sure to reach our goal? In a way that is satisfying and fulfilling? Achievable ‘peaks’ vary per person, per team, and per organization. Peaks can grow over time. The key words are: dream, challenge, inspiration, and growth.