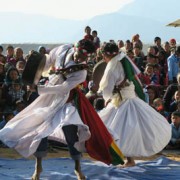 Personal report of inauguration of the Shree Palchok School in Kakani (Sindhupalchowk, Helambu area Nepal) at 30th december 2015. The reconstruction of the new building was financed by the Foundation Topaspiraties from the Netherlands.
It was a great festival with all people involved: students, teachers, school comittee, and some political leaders. Even there was a journalist (ABC Television); the schoolbuilding is the first prefab earthquake proof building, fully made with Nepalese materials. A great performance, seen the borderblocks of the last months!
Also everybody has worked very hard the last weeks, to finish the building before the opening. During 3 weeks there has been worked 24/24 to get everything ready in time. They were successfull, with a great building as result: four new classes. So around half of the students can leave their temporary classes. 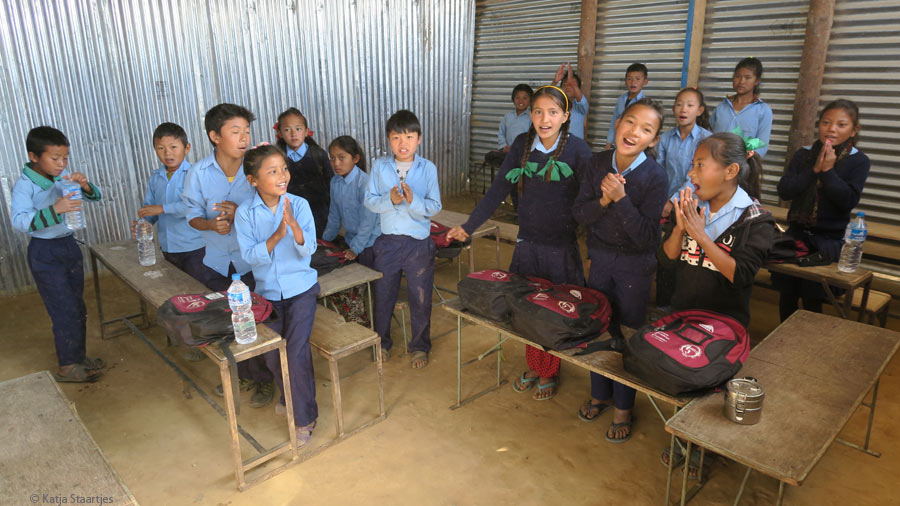 It was a great experience to attend the openings ceremony of the school: a full afternoon with presentations, poems, singing and dancing. We handed over our final contribution in Rupees and further some topographical maps, plus notebooks and sport materials. Very thankfull was it finally to hand over personally to every student a set pencils and a WakaWaka Light (the Give Ones from shop Kathmandu Outdoor & Travel).

Thanks for all donations! And to WakaWaka en Kathmandu Outdoor & Travel!
See for Dutch updates about the fundraising: the blog on the expeditionwebsite gurlamandhata.nl.

N.B. The ceremony was on Nepalese ABC Television broadcasted on the 1th january 2016 7 pm. Here is the link: