THE WHITE MOUNTAIN TOO HIGH

Dhaulagiri – Sanskrit for ‘the white mountain’ – is the most westerly eight-thousander in Nepal. It’s a superb mountain, with the busy Annapurna region on the east side, and an inhospitable and wild area on the west side, where only a few trekkers and climbers ever venture. Dhaulagiri is one of the most dangerous eight-thousanders for avalanches. Climbers have a low score on this mountain: an average of only 20% reach the summit.

“You always know, when going on expeditions, that you’re going to have to be prepared for unpredictable eventualities; especially in a developing country like Nepal. The situation in 2006 was actually an extreme situation: there was a lot of dissatisfaction with the royal family among the population. In addition, political opposition between the Maoists and the ruling party were causing considerable unrest. “We were advised against taking the southern approach from Beni, because of the unrest,” says Katja. “The northern approach by way of Marpha / French Col was also not an option, because of too much snow at the 5,700 m high pass. This meant that the only alternative was to fly to the base camp. We shared the helicopter with a Spanish climbing team, with our friends Carlos Pauner, Willie Barbier and Raquel Perez. Our team was out of luck; we were in the second flight. The Spanish team were able to land, but when the helicopter returned with us, gathering clouds upset the applecart. You can only fly and land by sight here. A second attempt the next day unfortunately also got lost in the mist, and we were obliged to wait – with great gnashing of teeth – in the town of Pokhara. It was not exactly the most relaxed of visits; smoke bombs flew in all directions, and most of the time we weren’t allowed to leave the hotel.”.

After biding time for two days, the team finally arrived at base camp (4,750 m) on 19 April, and the climb could begin at last. Apart from the Spaniards there were only three other – small – teams on the mountain, all of whom were good to work with. The first two climbing rounds went well, although we barely escaped two huge avalanches. The Dhaulagiri is infamous in this respect: directly above the base camp you have to pass beneath a thousand-metre high rock face, where rock falls and avalanches of snow and ice frequently come crashing down. Higher up, Dhaulagiri is no child splay either. Camp 2 at 6,600 m is on the ridge and open to the winds, and the risk of avalanches develops quickly”

After two weeks, there’s a mental set-back: the Spanish team with Carlos Pauner no longer believe the climb will go through, and decide to leave. Our idea of cooperating with them in the attempt at the summit, therefore, is not to happen. But this is not the only downer. The helicopter which arrived to pick up the team crashed almost immediately after take-off; a horrible shock. The helicopter was a total loss, but miracle of miracles, none of the passengers are hurt.

Try for the summit

A few days later, the Dutch team goes for the summit. Camp 3 is set up (7,145 m), and the team leaves from here during the night, heading for the peak. At 7,600 m, while it is still dark, Henk and Katja decide to turn back. Something didn’t feel right. The dangerous rock outcropping? Unstable snow on the ridge? Increasingly stormy winds? Or perhaps the worry and annoyance that the two Sherpas had got so far behind? One way or another, every fibre in Katja’s body was screaming “Turn back!”  In retrospect she is unable to explain why, exactly, but at the time there was no doubt about it. The decision was made in a few seconds; it was some kind of intuition.

Nobody reached the top that day. Five climbers in two other teams also turned back. Luckily, as it turned out, because later that morning, the temperature shot up, and the teams made the descent in a raging storm, picks ringing (because of the electrical charge), back to camp 1. Poor comfort perhaps, but turning back was the right decision.

For Henk, it was not the first time, but for Katja turning back without having reached the summit was a first: new and disappointing, but educational. All in all, the expedition was an impressive experience, rich in input for future climbs.” 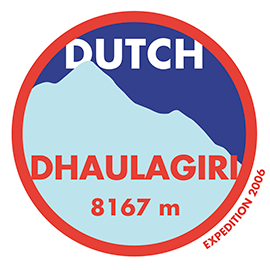 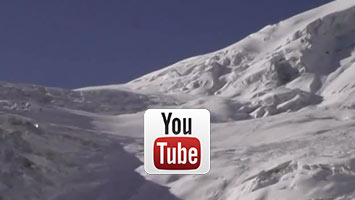 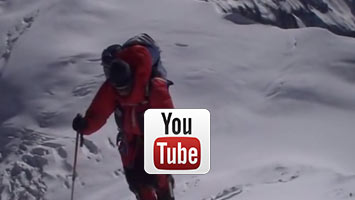 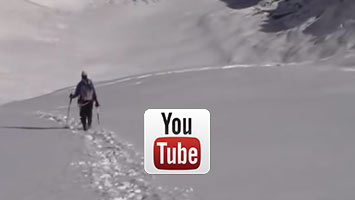 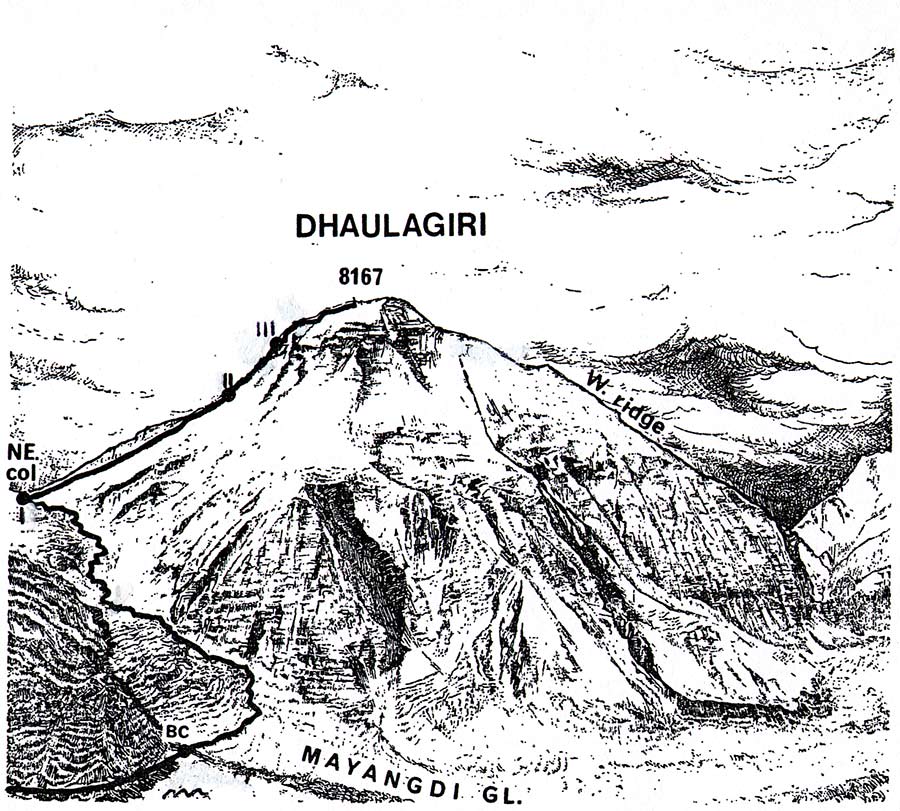